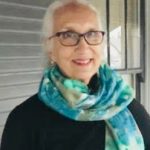 Julie is a founding member of Cleveland School Remembers. She was a second-grade teacher at Cleveland Elementary School in 1989 when a gunman entered the school playground and killed five children, including one of her students. After the shooting, Julie continued to teach until 2010, when she retired to devote herself to activism, her family, and her cat, SirB.
She and her husband, Jim, have lived in Stockton for 40 years, even though their children keep trying to lure them north or east. She is active with social justice and racial equity outreach efforts through her church and with other community organizations. What keeps her going are her family, her friends, reading books and cheering for the San Francisco Giants.

Judy is one of the founders of Cleveland School Remembers in February 2013. After the Sandy Hook tragedy, a group of mostly retired teachers who experienced the mass shooting at Cleveland School in 1989 gathered for support. They came away from that meeting determined to make a difference to lessen the opportunities for others to actuate similar tragic events.

This group of women and their helpful friends, using their individual talents, have created an organization that is fiercely dedicated. As you will see on this website, they work to enact legislation, locally, statewide, and nationally, along with Brady United, to make common-sense gun laws a reality. Judy has worked on several projects within the  group, supporting local leaders, agencies, and events that also strive to reduce gun violence and promote social justice for the greater good.

After graduating from a Mass. State University with a B.S. in Education, Judy taught in Weymouth, Mass. for four years before moving to California. She has a Masters in Education and has taught almost all of her twenty-five years at Cleveland School. 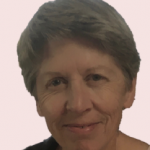 Patti is one of the first members of Cleveland School Remembers. She was a kindergarten teacher on the day that a gunman walked onto the playground at Cleveland Elementary and murdered 5 children and wounded many more, including a teacher.

Like the other teachers at Cleveland, she was moved by the Sandy Hook massacre to join together and actively seek an end to gun violence both locally and nationally.

After living in Stockton for many years, teaching at Cleveland, Harrison, and Pittman, she retired and eventually moved to Elk Grove to be near her children and grandchildren. She currently cares for her two grandchildren three days a week. She also continues to garden, hike, and has recently become an avid Tai Chi practitioner on Zoom.

She still takes a strong interest in the activities of Cleveland School Remembers, and is looking forward to participating more actively in the future.

She holds a B.A. and M.A. in Education from Stanislaus State University, and was a Mentor Teacher and a Beginning Teacher Support Provider. 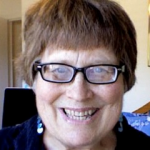 Sue and her husband moved to Stockton immediately after their wedding in 1965. Soon after arrival, they both took root here, becoming active in civic work and political campaigns.  They committed themselves to bettering the lives of the less fortunate, both through their employment and through volunteer actions.  Sue was one of the founding members of Cleveland School Remembers, which formed shortly after the massacre at Sandy Hook.  Fellow teachers needed each others’ support, but also vowed to do all they could to lessen gun violence deaths and injuries.

As part of Cleveland School Remembers, Sue has kept current on legislative and community actions in California and across the nation, writing a column for many years.  Sue has worked with other community agencies, building alliances to try to address gun violence reduction.  After becoming aware of the huge toll that suicide by firearms takes, Sue founded a new community organization, Stop Suicide San Joaquin, which helps to stimulate public awareness, provide resources and stimulate conversations about suicide.  Sue has also made presentations at gatherings of local groups to spread the knowledge about suicide prevention.

Sue’s first employment was as a social worker for the disabled and then for low income families whose children were in State Preschool. From there, she became an early childhood teacher in Stockton Unified School District for 34 years, continuing efforts to involve parents in the classroom and help them understand their children’s development. Through such involvement, many of these parents improved their own self esteem enough to return to school or gain employment in the early childhood field. The last twenty four years were spent teaching kindergarten and preschool at Cleveland Elementary School.  Following retirement, Sue taught the mentor teachers at Head Start in Stockton. 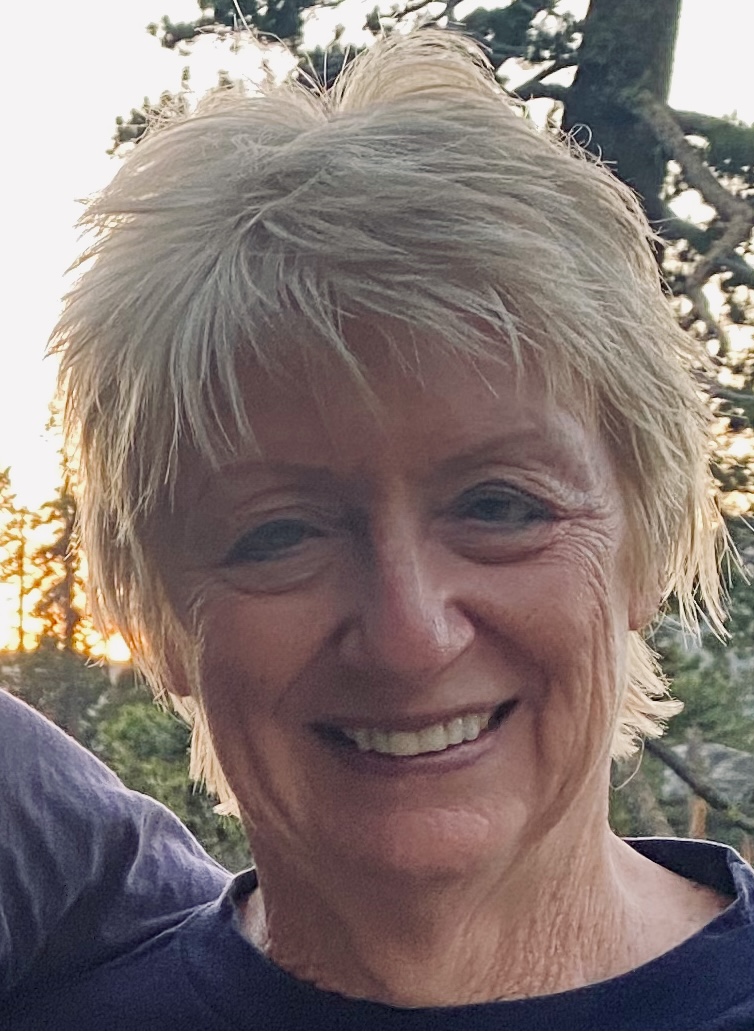 Sharon Jarvis attended some of the formative meetings for CSR, and joined the organization once it was officially founded in 2013. She clearly remembers the day of the Cleveland Elementary School shootings, because her three children were in elementary school in Sacramento on that day, and she recalls thinking, “This could have been their school.” After 30 years of living in Sacramento, Sharon moved to Stockton and loves the diversity and “small town” feel of the city.

Sharon’s other primary civic involvement is with Family Promise of San Joaquin County, a non-profit that works to help homeless children and their families attain sustainable, long-term housing. Sharon is a retired lawyer. She completed her career by serving as an attorney with the California State Board of Equalization for 14 years. Her previous employment included working for California’s first woman Chief Justice, Rose Elizabeth Bird, for five years; for California’s Third District Court of Appeal for four years; and as a Deputy Public Defender in Santa Clara County for two years. 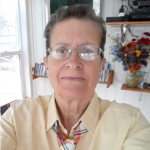 When the Parkland school shooting happened on Becky’s birthday in 2018, She decided it was time to get involved in gun violence prevention. Her son and his family were victims of a shooting in 2011, so she knew how out-of-control guns are in our society. She  became specifically involved in preventing suicide by firearm. Becky is a retired hospital chaplain and grandmother of 8, who has lived in Stockton since 2003. 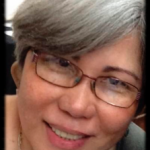 Lu joined the CSR Board of Directors in October 2019. Homegrown in Stockton, she’s watched the negative media portrayal of her hometown more often than not. Preferring to be part of the solution and showcasing what’s positive about her hometown, she feels honored to be working side by side with folks who work tirelessly to help reduce gun violence in the city and beyond. Before officially joining CSR, she participated in rallies and events in support of CSR/Brady Campaign efforts.

A retired Employment Development Administrator for the State of California, she is an active member of and/or supports the following organizations among others to help make their mission a reality: CSR to reduce gun violence and support social justice; Little Manila Rising for historic preservation of remaining buildings in Stockton’s Little Manila Historic Site, address inequities and define solutions for communities impacted by generational trauma and redlining; and Philippine American Writers and Artist’s, Inc. to create space to encourage the creation of Filipino American literature and arts.

She has a BA in Psychology from UCLA and Masters in Public Administration. She’s a travel/health blogger at Https://lutravelsabroad.com and an aspiring novelist who believes a creative imagination is key to transcending health issues. 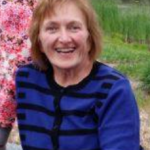 Vickie moved to the Bay Area from New England in 1990, and later moved to Stockton in 2009. She joined the Cleveland School Remembers (CSR) team shortly after it was formed in 2013. She is the webmaster for the group.

Vickie’s primary career has been in engineering, software, and technology management in large international  companies (Oracle, HP) and in technology startups.  She has a  BS in Computer Systems and is currently a Business Consultant, Entrepreneur and Web Designer. 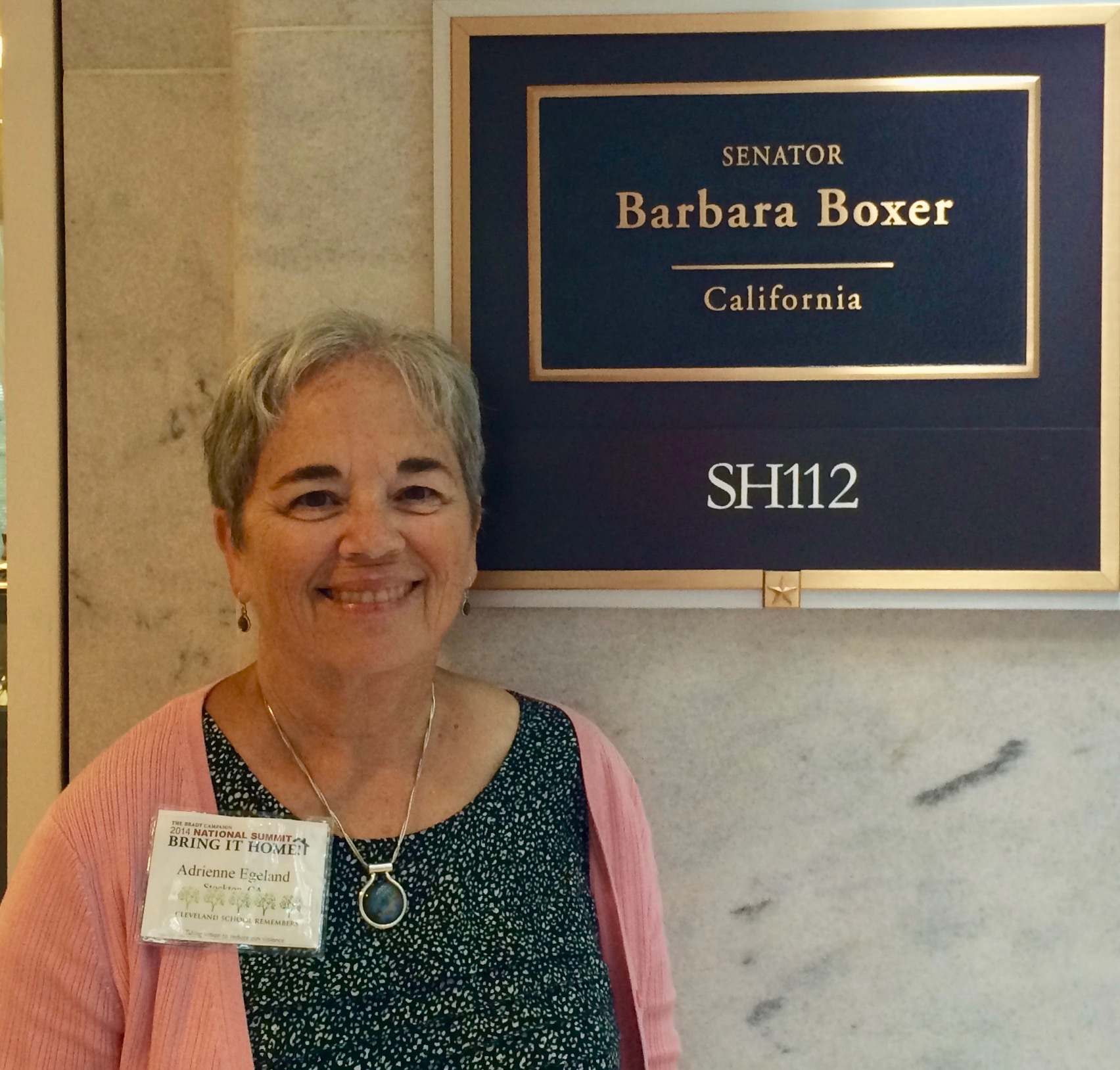 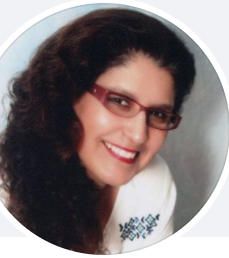 Niki Smith is a native Californian born in Glendale.  At the young age of two she moved to Stockton when her parents decided to go back to be with family.  Niki has spent most of her life in Stockton moving briefly to the Bay Area and Carson City, Nevada.

Although she was not on the campus of the Cleveland School during the horrific shooting, she was a teacher working for the Head Start Child Development program at a location in the same neighborhood.  Her students were from the same Southeast Asian community.  The families were greatly impacted by the event, as was the entire community of Stockton.

Niki was drawn into the Cleveland School Remembers group when the group was doing a community outreach through one of their signature efforts called “Draw It Out”.  At that time Niki was representing the Mexican Heritage Center.  Since then,  she has been hooked into the activism and civic engagement of CSR regarding gun violence prevention. She is currently co-chair of the group and is a representative on the Executive Committee of Brady California.

Niki has been motivated to be part of the gun violence prevention movement not only because of all the tragic mass shootings that have occurred on school campuses, but also because of the high incidence of gun homicides in her home town of Stockton.  One of the most heart wrenching incidents was the death of Melanie Martinez, a three year old child that was caught in the cross fire of a drive by shooting.

Now retired Niki spends much of her time assisting her 90 year old mother Carmen and helping with the care of her two year old grandson, Joaquin.  She has also been active in political campaigns and enjoys golfing with her husband Steve on the weekends.

Through a generous scholarship from the Community Involvement Program Niki was able to attend the University of the Pacific.  There she received her B.A. in Liberal Studies and a Teaching Credential. 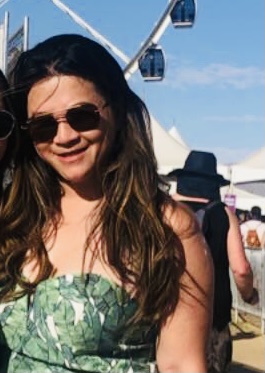 Thao Ha joined Cleveland School Remembers-Brady after seeing a Facebook posting featuring a teacher-survivor of the Cleveland School shooting on January 17, 1989 who is also one of the founders of the organization. Thao happens to be one of the student-survivors from that eventful day. She was only 9 years old then and witnessed the whole tragedy from a glass window of a classroom that held many students being protected from the mayhem in the playground. She, three siblings (sisters) and three cousins with one injured all survived. Thao’s suppressed memories of that day were awakened, and she has been able to speak more about the event with other survivors—the teachers whom they saw as “mothers at the school” who helped them cope with the trauma.

Thao did her undergraduate degree at University of California, Irvine.  She considers herself Silicon Valley grown but returned to Stockton. Now a professional, a mom, partner in addition to being a sister and daughter, she advocates for a safe and healthy community that works together to thrive. She loves people, loves propagating plants and being a bulldog mom. Her hometown will always be Stockton, and this is where she chose to establish and grow her own her business, Stockton Harvest—flowers and plants she cultivates are colorfully vibrant. She is totally  enthusiastic in carving an active and productive role in the organization’s efforts to preventing gun violence.