by www.clevelandschoolremembers.org • July 19, 2018 • Comments Off on Spotlight on Firearm Suicides

Suicide rates are rising steadily since the beginning of this century.  Suicides by gun have jumped 10% in the five years ending in 2016.

While guns may not always be the most common method among those who attempt suicide, it is the most lethal.  More than 82% of firearm suicide attempts are successful.  Mental illness is not usually involved.  In fact, among people with no history of mental illness, suicide rates are higher than among those with it.  For this group, it is more often related to life’s struggles and disappointments.

States with stricter gun laws have the lowest suicide rate.  Firearm suicide is more common in rural areas.  Veterans have a higher rate of suicide.  In Montana, for example, their rate was twice as high as non-veterans.  There are other clear demographic findings.  84% of people who kill themselves are white,  and 77% are men.

There have been several recent trends to try to curb the increase in suicides.  “Red flag laws” have passed in a number of states and are being considered in 31 more.  A study in Connecticut and Indiana shows that when temporary removal of guns is sought, the suicides fell by 7.5-13.7%.  Other areas, like New Hampshire have worked cooperatively with gun shop owners to help educate about suicide by gun. 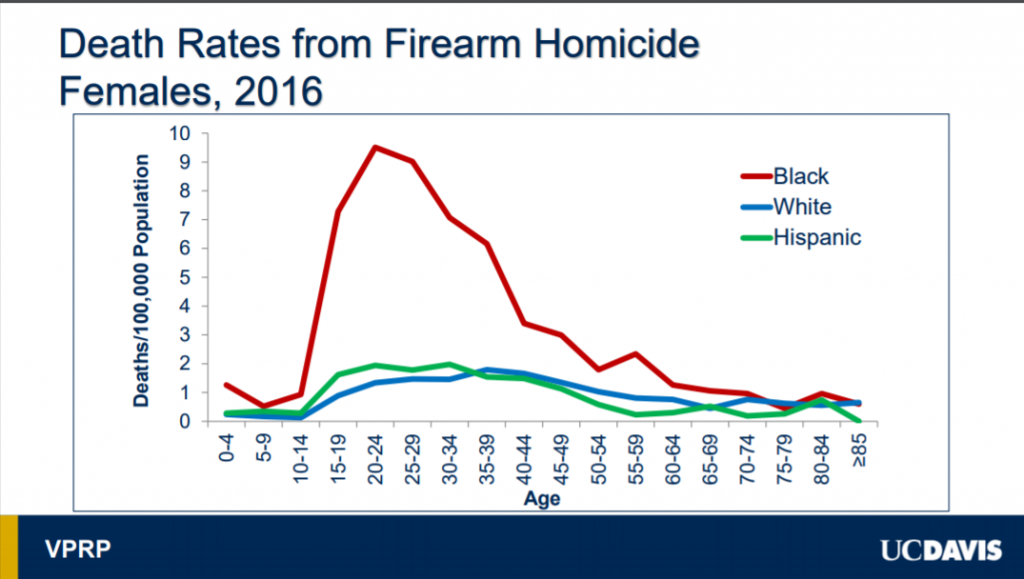 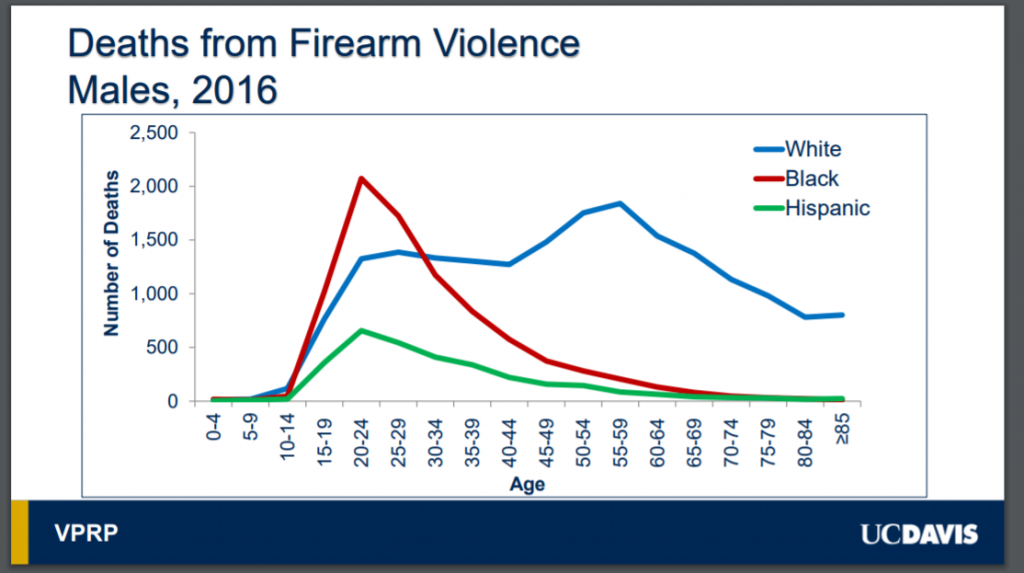 To see the full Garen Wintemut video and Powerpoint Slides…https://dartcenter.org/resources/guns-and-gun-violence-through-public-health-lens

For more information on firearm suicide, see these articles: